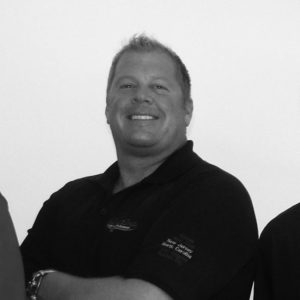 Paolo is a former entrepreneur who owned and operated several start-up companies over the years. Around 1997, following his passion to be a filmmaker. Paolo wrote three screenplays, one that was an option and set for production, until the studio pivoted just before development, pulling the plug, deciding instead to run with another urban drama, Eminem’s 8 Mile.

One of his successful companies was Prime Time Sports Training (PTST). PTST started with the idea of being a part-time job for Paolo to bring in some additional funds while still pursuing a career in filmmaking. PTST had only two young clients to start, a brother and sister team in Long Island, New York in the year 1999, whom Paolo coached and mentored, focusing on speed, strength, and stamina geared towards their sport of choice.

The young boy played ice hockey. He wanted to know how to fight and the young girl played lacrosse, both sports Paolo had no experience with. Being a natural-born workaholic and competitor, he wanted to be the best at whatever he put his name to.

He knew what sacrifices he had to make to be able to show results for his clients. So, he enrolled in night classes for sports performance training and went to top-level speed and strength seminars around the nation, learning cutting edge coaching techniques.

The young boy had behavior issues, as well as weight issues, and his twin sister suffered from self-esteem issues. They were only in eighth grade and never saw any real playing time. The two children’s father worked on Wall Street and knew of Paolo from being a well-recognized and honored high school athlete in 3 different sports: football, boxing, and State wrestling champion, as well as having competed in the national wrestling championship at Lehigh University. After high school, due to his Class A Dyslexia and poor academics, he attended Nassau Community College and then transferred to complete his degree in England.

From here, Paolo learned to love mentoring and coaching young athletes. The boy went on to play ice hockey on the Junior National Team, and the girl became an all-state lacrosse player, later playing at Penn University. It was then that Paolo recognized his passion and calling for this time in his life.

Word spread that Paolo was a natural mentor and motivator, and soon he had more clients than he could coach, every parent wanted their son or daughter to have a competitive edge. From this point, Paolo knew he needed to scale his business model, so he began opening summer sports camps as a recruiting system for off-season training. Then, he was able to recruit high-level specialist/coaches who would not only bond with the young athletes, but they would also retain them as clients under PTST Company umbrella.

Not long after, Paolo decided to expand to Los Angeles, California; and southern Florida. Paolo’s main goal was not to create the next professional athlete, but instead to motivate them psychologically and set high, but attainable goals, to push their limits and be ever-improving on and off the playing field. This motivation allowed him and PTST to advise and place over 550 young athletes in college sports’ programs and providing the necessary mentorship that was missing from Palos life and playing days growing up.

From Paolo’s experience and in his family, getting a degree was seen as the only way to get ahead in life and get a good job. Without that piece of paper, your options in life are extremely limited. That was the main philosophy for that time.

Continuing up in the world, Paolo owned a restaurant/nightclub in Long Island, NY and a PTST Sports Café in South Florida, all while developing a Grant writing software program and an avid admirer of Joe Frazier.

Then, Paolo was diagnosed with Post TBI/ CTE, and all the symptoms followed suit. Due to the memory loss, the seizures, the migraines, and the chronic physical and emotional pain, Paolo saw himself unable to handle the consequences of sports’ abuse on his brain and body. After watching his grandfather pass away and deteriorate from Alzheimer’s, Paolo was traumatized and afraid of what the future held for him. Even though the diseases and symptoms are different in most cases the ending is the same. The brain dies before the body.

After meeting Dr. Russell Bourne through Sanette, the owner of Jupiter Drugs., and even discussing the legalities of euthanasia, Paolo decided to instead use his diagnosis as a research project/ case study. Working with Dr. Bourne, Paolo was introduced to 3 new coping strategies: one, The 3-day rule. A suicide prevention tool, two, Checks and Balance, and three Finding A Purpose. Giving back to others without expecting anything in return. (If you are interested in reading more about Paolo’s coping strategies he develops and learns every day to mask his symptoms, visit CPMHA.com) Paolo discovered a way to help himself feel better through these coping strategies. They helped him to deal with his mental health by helping others with their various symptoms by sharing his story being completely transparent and honest. This is how concussions, pain, and mental health awareness non-for profit was born.

Now, with the organization of CPMHA, Paolo strives to aid other’s mental health issues and diseases by putting a program in place where he can mentor college students in an internship opportunity. This program will give students a huge advantage and could potentially land them a job with their major. The competition will give students real-life experience that could ultimately yield a higher return than a degree, all while still getting their degree. Also helping patients find relief from post-TBI and the symptoms related to the epidemic crisis of mental illness/health. That is the legacy Palo would love to leave behind as his final chapter in life.

“I have learned that in order to get through the darkness, the secret is to keep moving.”

If you want to learn more about Paolo’s story, e-mail info@cpmha.com for his life memoirs, Close But No Cigar.