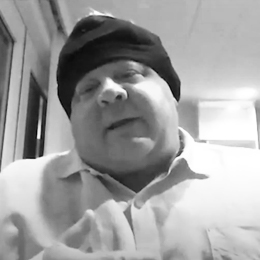 *Warning: This episode deals with sensitive subject matter such as suicide, viewer discretion is advised. *

Paolo talks with President and CEO of CTE Hope, Brenda Easter. Brenda lost her son, Zachary, in December 2015 and she alongside her husband, founded the non-profit foundation that became CTE Hope to fulfill her son’s last wishes, which was “to make football a safer sport.”

Published in September of 2020, the novel “Love, Zac” was published, which details Zac’s experiences through diary entries and with the help from family, friends and coaches. The main goal through the book is to bring awareness to the servility of concussions and the warning signs of CTE.

Part two talks about the coping skills Zac tried to maintain throughout his later college life. He was initially living a healthy lifestyle to cope, but this also came with negatives such as social isolation. By the time he was a senior in college, he started having issues continuing his healthy coping mechanism and developed his own form of self-medication. This also followed with more misdiagnosis and frustrations. This episode also deals with the tragedy of Zac’s death and what came after.